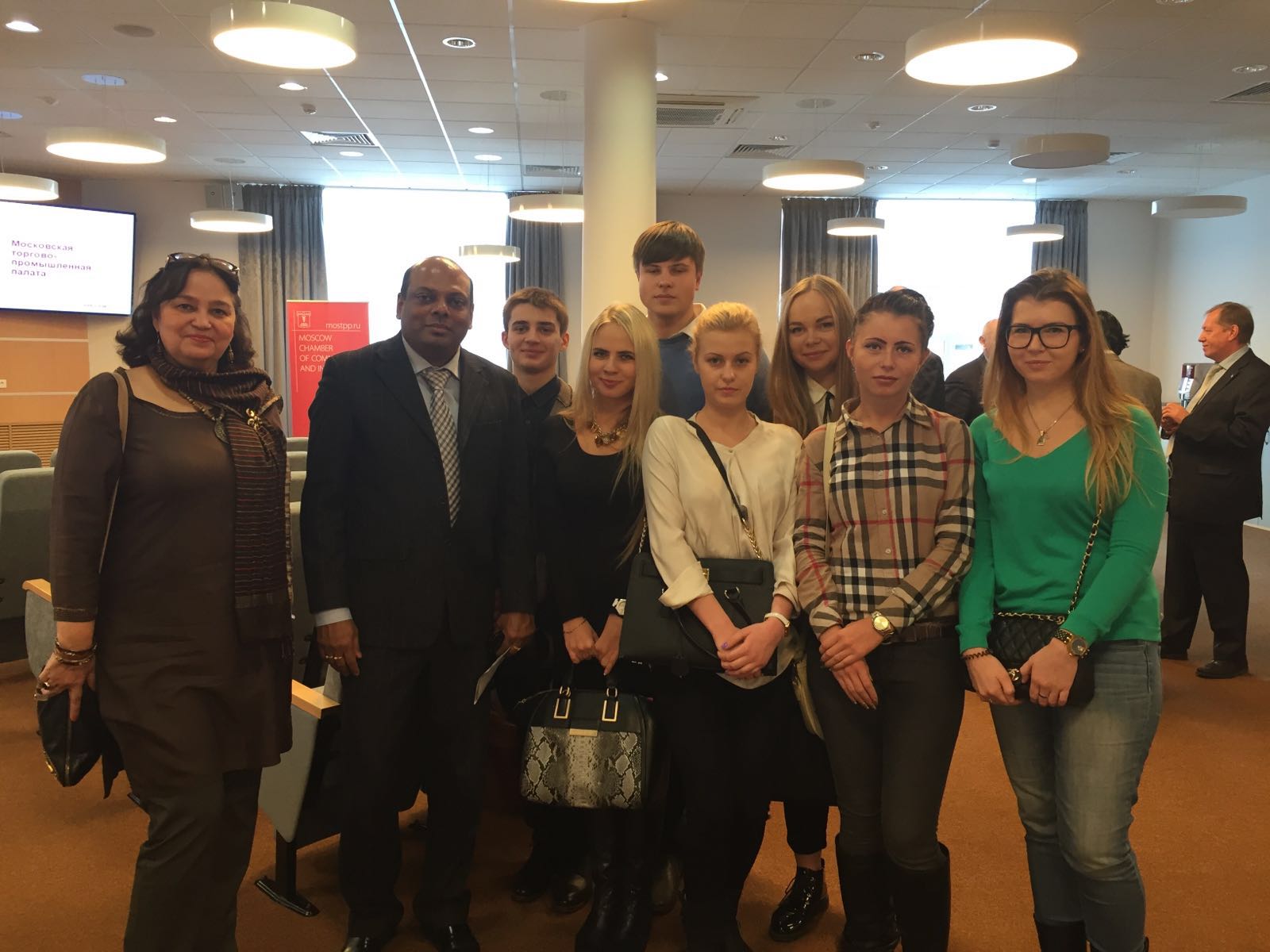 The event was held at the Moscow Chamber of Commerce and Industry (MCCI). This event was dedicated to the official visit of Mr. Narendra Modi, the Prime Minister of India Republic.
Topical issues for discussion were: the administrative, financial and legal issues for promotion of Russian companies into Indian market and Indian companies into Russian market, the state and alternative mechanisms for supporting exports, Issues of mutual investments, the interim results of the working group for the development of calculations in pairs “ruble-rupee”, the prospects of cooperation between Russian and Indian companies in the BRICS.
The meeting was attended by:

Mr. Suren Vardanyan, Vice-President of the Moscow Chamber of Commerce and Industry,

Mr. Andrei Mikhailov, Director of national and international programs and investments of the Parliamentary Center of the Russian Federation,

Soltex Trade Pvt. Ltd. is a leading International Business Company. We are  involved in diversified business domain i.e Chemical, Petrochemical, Polymer, Agro commodities, Nutraceuticals and  Pharma. The Group founded in 2012 and having a affiliated company Soltex Estate LLP in India.